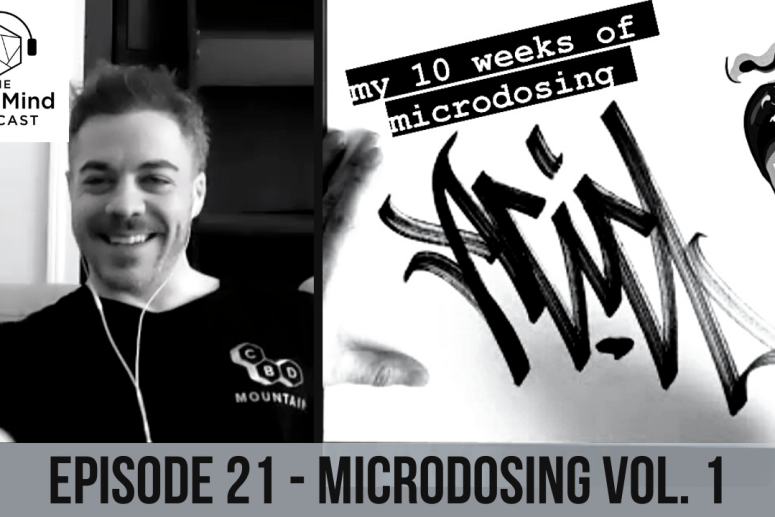 Listen in to my breakdown of a self-experiment I ran during the first lockdown period, microdosing LSD for 10 weeks. I cover the dosing protocol that I used, what happened to me when I took too much and trained, and how the doses helped to peel away the layers surrounding some of my own cognitive biases.

1:50 Some context on what is microdosing and who discovered LSD

16:53 The aftermath of the coming days following from dose #1

22:18 How to Distinguish an Academic Theory from a Conspiracy Theory #5 Scientific Theorists apply critical thinking skills and are often skeptics, while Conspiracy Theorists are NOT Skeptics but “selective doubters”, already favoring a worldview, which they uncritically defend (and so have already made up their mind of what the “truth” is, with no plans to change that part of their proposition).

24:31 #6 Those who have trust issues with other people in general are more likely to believe others are colluding against them, and so are often more susceptible to Conspiracy Theories than others.

25:00 #8 Those who entertain Conspiracy Theories often enjoy mystery and intrigue in general, seeking something sensational and thrilling to relieve mundane daily affairs. The fact that they know something others do not makes them feel special and important. A Conspiracy Theorist’s goal is typically not the advancement of knowledge, but to shock or impress you with information that will demonstrate how intelligent they are, seeing factors that the so-called experts failed to note. At the center of those who design such theories is ego, as opposed to benefiting others.

25:33 #10 Timothy Melley (Empire of Conspiracy [2000]) asserts that Conspiracy Thinking arises from a combination of two factors, when someone: a) holds strong individualist values and b) lacks a sense of control. The first attribute refers to people who care deeply about an individual’s right to make their own choices and direct their own lives without interference or obligations to a larger system (like the government). But combine this with a sense of powerlessness in one’s own life, and you get what Melley calls agency panic, “intense anxiety about an apparent loss of autonomy” to outside forces or regulators. Conspiracy Theorists at no point will accept fault, but will displace responsibility to factors outside of themselves.

26:27 #11 Conspiracy Theorists often gravitate to “echo chambers” in which they often expect to have their own opinion parroted back at them rather than have it challenged as it would be in the academic community.

26:40 #12 Conspiracy Theorists attempt to create an alternative reality, whereby they legitimize themselves and their theories by creating supportive networks that seek to displace mainstream consensus. In the age of the Internet, they will create a webpage that provides them with more credibility than they already have—but this credibility is “implied” having not undergone a peer-review process.”

28:17 Microdosing was help me examine my own meta-thinking, surrounding coaching. The difference between an instructor, a teacher, and a coach

38:30 Dose #11, Day #36 The first real sign of watching anger and frustration arise without becoming either of them. The Courage to Be Disliked

42:42 Knee Injury and noticing a compassionate outlook, unexpectedly, after 12 doses.

49:17 “What microdosing seems to do is rebalance people. Here’s a generalization, which is how I’ve come to this conclusion: A number of people, by the time they’ve finished a month, say, “I’m sleeping better, I’m eating more healthy food, I’ve returned to yoga and I’m doing meditation.” They’ve improved their relationship to their body ― or their body has improved their relationship to them. One man quit smoking. He said that he knew smoking wasn’t good, and it was as if his body could actually help him make the decision. What seems to happen with microdosing is that you’re more attuned to your own real needs.” – Fadiman

The MoveMind podcast explores all things body and brain; hosting a variety of experts, coaches, high achievers and pioneers to give you the tools for a personal, holistic upgrade.